As the people were filled with expectation, and all were questioning in their hearts concerning John, whether he might be the Messiah, John answered all of them by saying, “I baptize you with water; but one who is more powerful than I is coming; I am not worthy to untie the thong of his sandals. He will baptize you with the Holy Spirit and fire. His winnowing fork is in his hand, to clear his threshing floor and to gather the wheat into his granary; but the chaff he will burn with unquenchable fire.” So, with many other exhortations, he proclaimed the good news to the people. But Herod the ruler, who had been rebuked by him because of Herodias, his brother’s wife, and because of all the evil things that Herod had done, added to them all by shutting up John in prison.

Now when all the people were baptized, and when Jesus also had been baptized and was praying, the heaven was opened, and the Holy Spirit descended upon him in bodily form like a dove. And a voice came from heaven, “You are my Son, the Beloved; with you I am well pleased.” 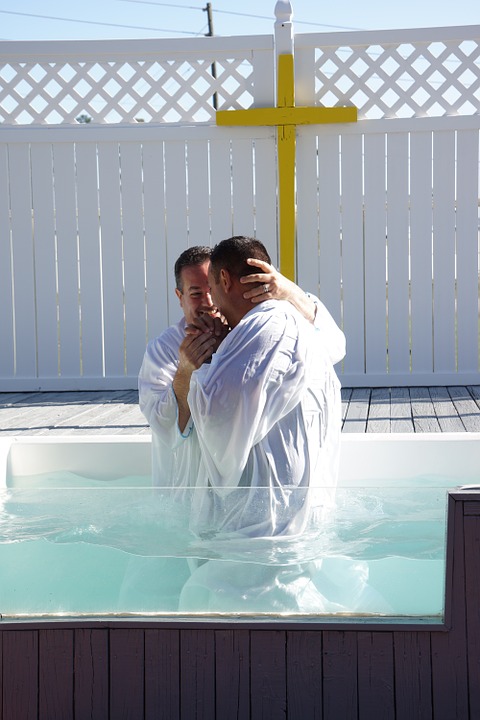 Spotify Playlist || Follow me on Spotify for Weekly Playlists

Gone under-
never to return
to old ways