I am thinking about My Dream Church, currently formulated as Perkatory, a Cafe Church, because of where I am in ministry and where I see the church heading. See the Introduction here. I’ve thought about the Ministry Principles of Perkatory as well as the Discipleship Model. It’s been fun just dreaming. It’s also been a way for me to update my ecclesiology.

But why think of this at all? 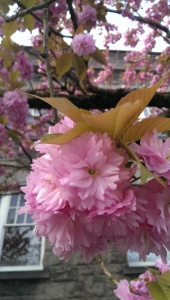 Currently, I am the pastor of a dying church. This is not an insult. The congregation I serve voted recently to “discontinue” effective in September. Far from being a failure, this church succumbed to doing too many things very well for a very long time. Certainly, some churches can live 125 years and not really accomplish much. That is not the case here. In fact the ministries that Sunnyside either started, welcomed or supported are all still going strong. The most difficult part of this discontinuance is that these ministries will likely have to find new places to live since the worshiping congregation will cease to exist. This is not just a logistical complication. It is a dilemma which has troubled Sunnyside for a long time. As these ministries thrived, the congregation aged and grew tired. They managed the building with multiple users for decades. Simply, the work load became too heavy for the people to manage.

Meanwhile, the surrounding neighborhood is experiencing an upswing of economic activity. That’s a nice way of saying gentrification. In fact Sunnyside Church at its founding was the prototypical suburban church which moved to the outskirts of town as the people moved. Forty years ago, the populace had continued moving east of town and Sunnyside found itself in a less reputable neighborhood with a very transient residential population. In recent years, the demographics have swung toward the more affluent. Rental properties became coveted by people wanting to live a trendy lifestyle closer to town. Sunnyside Church got caught in this upswing 15 years ago as newcomers to the neighborhood learned that homeless people were eating at the church on the corner. There was a real controversy which Sunnyside, through good pastoral leadership, good neighborhood stewardship by church members and arrogance on the part of city officials, was able to endure. Those real estate trends continue today and Portland’s transient populations are finding themselves further and further outside of town. The current gentrification is on top of gentrification that took place a decade ago.

The congregation’s closure is sad to me. It also leaves my appointment in much limbo. The cabinet is meeting as I write, so this may work itself out soon, but currently, the questions abound and the options each have their own dilemmas. If I stay on until the closing date, I face a very uncertain status for the remaining 9-10 months of the conference year. There will be work on the other side of closure, but I can’t estimate what that might be. I am not guaranteed an appointment since I am on loan from another conference. My family has been underemployed since basically April of 2013. And the two years prior to that were fraught with disappointment and professional frustration. If I were to receive another appointment this year, I will be facing the 3rd consecutive year in which I am a new guy. As I approach my 10th year in pastoral ministry and as I approach age 40, there are these nagging existential questions about my calling that I cannot seem to escape. I’m fantasizing about My Dream Church because I have a creative itch begging to be scratched. I wrote in my journal the other morning that poetically appropriate if closing Sunnyside was the last thing I did as a pastor. I can’t call myself a successful pastor. I can’t call my decade of pastoral ministry fruitful. And the horizon is foggy at best. So, I’ve updated my resume and begun shopping it around town. I’m thinking of it as Gideon’s fleece. Perhaps all of this absurdity surrounding my pastoral career is just God knocking and telling me to move on.

The Church’s Death is Personal

At the same time, I am watching from a peculiar distance the struggle of the church in which I was raised. While I have been professional about Sunnyside’s struggles, I have been quietly distressed to see my home church decline. There are notable similarities between Sunnyside and my home church: big, old demanding building; aging congregation; demographic change in their surroundings. There are notable differences, too: the economic atmosphere around my home church is one of decline; my home church is the biggest UMC in town; the town is small. My parents are involved in my home church’s yoking with the other big UMC in town, so I hear things through them. In some ways the universal church’s decline has been an academic matter for me until now. Now, it is personal. It’s my church. It’s the church I serve. And I see the losses for both communities.

I have long believed that the church is in an era of “correction”. By correction, I mean ‘necessary decline’. I think of it as trimming the fat of the institution. And I think of the church’s decline as institutional, while maintaining a definition of church that transcends the institution. A colleague refers to this as ‘winnowing’. Again, this has been an academic idea for me. When I think of my calling, I don’t think in terms of ‘rightsizing’ the church. I think of all the things I want to start and build.

So My Dream Church is, in many ways, a response to my pastoral career, which has been spent on the dying end of the church. It is also a testament to my belief that the true church will persevere and reinvent itself. If we have to become a network of house churches with bi-vocational pastors, then so be it. Perkatory is my imaginative attempt to redirect the conversation away from despair over our contraction and toward creativity and determination to confront our real challenges and create new ways to share God’s amazing love with others. 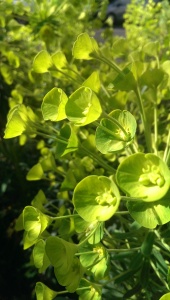 My first sermon in seminary was on Jeremiah 32, where Jeremiah buys the field at Anathoth. After the minutiae of the deal is detailed, the purpose of this purchase is revealed: “For thus says the Lord of hosts, the God of Israel: Houses and fields and vineyards will again be bought in this land.” I still maintain a belief in church, as a concept and as an organization. Our current struggles may be necessary. But it is also the duty of today’s Christians to prepare the soil for the next generation of fruitful people of God. And so, I mourn the decline of amazing churches I love. But I also look ahead and dream of what will become.

One thought on “Perkatory: Why I am Thinking about My Dream Church”